“Only those who will risk going too far

Can possibly find out how far one can go.” 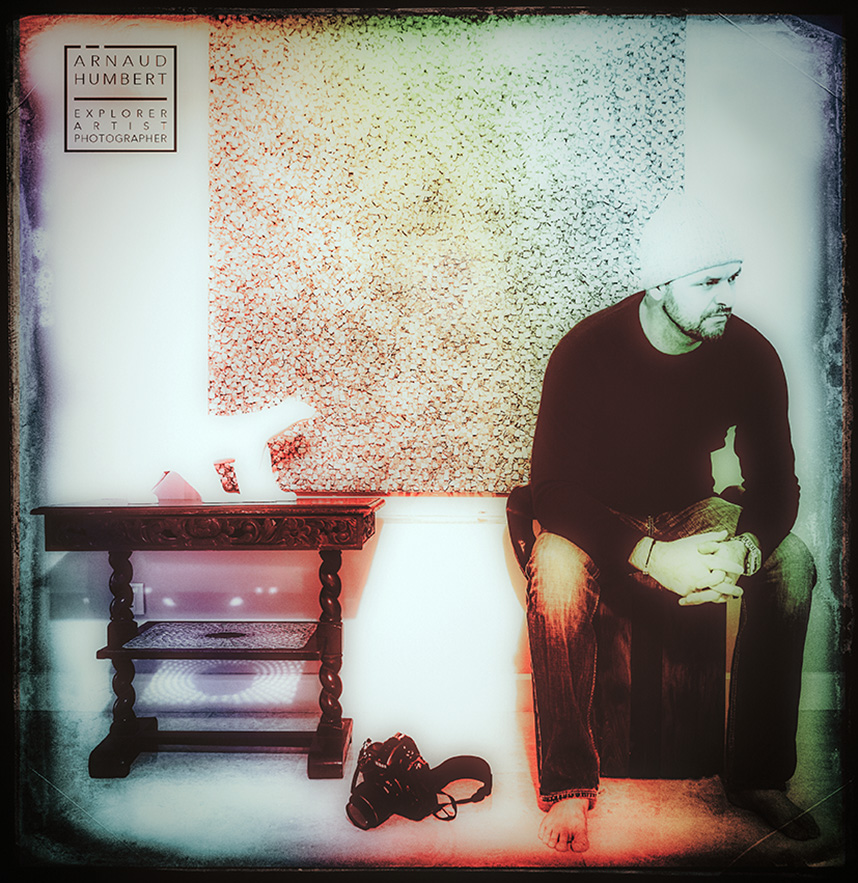 For more than 20 years, Arnaud’s explorations have taken him on expeditions across some of the world’s most remote and harsh places. Arnaud has lived on 4 continents and has visited more than 80 countries, kingdoms and territories. From the active volcanoes of Kamchatka to the Antarctic peninsula, or from the Mozambican channel to the Gobi desert, Arnaud has developed a real spirit of adventure.

Pursuing an approach combining photography and geography of representations, Arnaud experiments processes of deconstruction and reconstruction of the perceptions, allowing the viewer to wonder about his complex relationship to the invisible. His artwork has been published in a number of national and international magazines, and widely exhibited worldwide.

Member of the Explorers Club (New-York, USA), Arnaud holds a Master of Arts in Photography from Speos International Photography Institute (Paris, France). He completed his photographic education at the National School of Photography - ENSP (Arles, France) and the Museum of Modern Art - MoMA (New-York, USA).